I have been trying to think about the impact of transportation in our lives and how technology can change it. In this article, I will explain which stock (securities) to buy to profit from this. This is not a trading opportunity, but rather something you buy and hold for many years (5+ years).

Even though this website mostly talks about financial independence, I would like to share some of my thoughts on a pivotal industry for the 2020s. Just like Internet was for 2000s, mobile was for 2010s, I suspect (and believe) that transportation will define the 2020s.

For the 2010s, the big sucessful companies were Google and Facebook. Both make most of their money through advertising.

Advertising represents about 1.25% of GDP 1.

Logistic is 8.4% and transportation is 5.4% 2. There is an order of magnitude in terms of opportunity.

Which companies to invest in?

If you have extra money, the tech companies that can profit from this trend are :

Someone could add Google with their Waymo division but it is very difficult to switch from one core business to another (not impossible, but difficult). Google is primarly a Ad company (along with Facebook). You can read more on this in the innovator's dilemna book.

I would avoid any Tesla's copycat (Nikola or Fisker). Those are pre-product companies, with no track record whatsoever.

The interesting thing is that I wrote this article about 7 months ago, before Tesla stock ascention. I'm not suggesting this is a good price now or before, but I rather want to do an analysis in the future prospect for that industry.
What are the competitive advantages of Uber and Tesla:

Tesla is more of a software company than it is of a car company. The same goes with Apple. Nowadays, nobody question the fact that Apple is valued more than any phone companies (think Motorola or Nokia).
In terms of technology, the approach Tesla is doing is very similar approach as Apple did, with the exception that Tesla owns his manufacturing. This makes the execution an order of magnitude harder and also protects against potential competitive threats. Which means, if you can execute, you protect your business even more.

Tesla has the Silicon Valley DNA all over it. It was originally a software battery controller company that would wrap it's IP into a car. 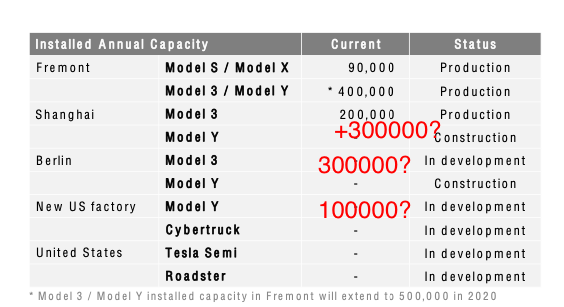 I do not want to sound like a perma-bull on Tesla. There is definitely some frothiness going-on and speculation. If you take Apple as an example, the growth wasn't instantaneous. It took more than 15 years (with many pullbacks). Apple in the last 5 years had 5 pullback of at least 30%.

They also have an increasing gross margin (25% now), which is quite a feat for a car company... which again proves the point that this is not a car company.

Tesla is valued at around 100x 2021 earnings. This is not doubt high valuation.

Uber is another of my favorite play in transportation. My guess (mine is as good as yours) is that Uber will have to get acquired if it stays at this size (July 28th with a market valuation 54B$).

A few things going for Uber :

In a final note, be wary of speculation. Tesla is probably fully priced at this point with limited upside. Only invest money you don't need. But I believe Uber is still being impacted significantly from Covid.

Get the latest posts delivered right to your inbox

Do you want to build real long lasting wealth? What are the secrets for building wealth? People have consistently done it, without only being lucky, in the last few decades. This post will

Be free and wealthy blog
—
Investing in Transportation
Share this

Stay up to date! Get all the latest & greatest posts delivered straight to your inbox